(Los Angeles, CA July 9, 2012) – Every year on July 4th America does not only celebrate the day of independence, but also takes part in the International Hot Dog Eating Contest. In 2012, a man from California managed to take the prize by eating sixty-eight hot dogs in under ten minutes. This means that he consumed roughly twenty thousand calories, over one thousand grams of fat, fifty thousand milligrams of sodium, and about four hundred grams of saturated fat.

As you might have assumed, this is not healthy at all. One should not even consume that much in a week let alone ten minutes. Of course, it is only natural to indulge in foods occasionally (just not the amount above), especially during the holidays or during cookouts. A standard cookout is usually not healthy in the least, especially with all of those hot dogs, hamburgers, coleslaw filled with mayonnaise, potato salad, beers, sodas, ice cream, cake, and whatever else may be included. If you do happen to eat more than you should, then you should exercise enough to burn off some of the calories you have consumed. Over-indulging will not only make you gain weight, but over time will also increase the risk of developing severe illnesses and conditions such as diabetes, heart disease, strokes, or obesity. Eating large amounts of processed and refined foods, especially meats such as hot dogs, can also increase the chances of developing pancreatic and colon cancer over time. This doesn’t mean you have to avoid all of these foods forever, just don’t eat that type of food too often and be sure to get the proper amount of exercise and make the right nutritional choices on a daily basis.

There are quite a few things one could do to make a cookout healthier in general, like cook skinless chicken or fish instead of hot dogs or hamburgers as well as incorporate vegetables into the meal. It may be best to skip dessert as those foods contain the most sugar. Have only a few beers, but drink mostly water to flush it out and just for general health. Make sure to keep an eye on your calories and sodium intake so you don’t go too over-board. Most importantly, be as physically active as you can. Don’t get me wrong, even I will blow it out every once in a while and pretend there’s no such thing as calories. The difference is that 90-95% of my meals are on target nutritionally. Most people eat only what tastes good, and wait til they are starving to eat, leaving them less able to resist temptation.

Now there is a popular saying among fitness professionals: “You can’t out train bad nutrition.” There’s a reason for that. It’s true. Your overall health depends on your developing a fit lifestyle that includes regular exercise and smart nutritional choices most of the time. Don’t know where to start? Contact us to sign up with a personal trainer in Los Angeles to create your new healthy lifestyle plan. 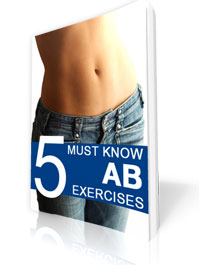 Enter your full name and email address below for instant access!